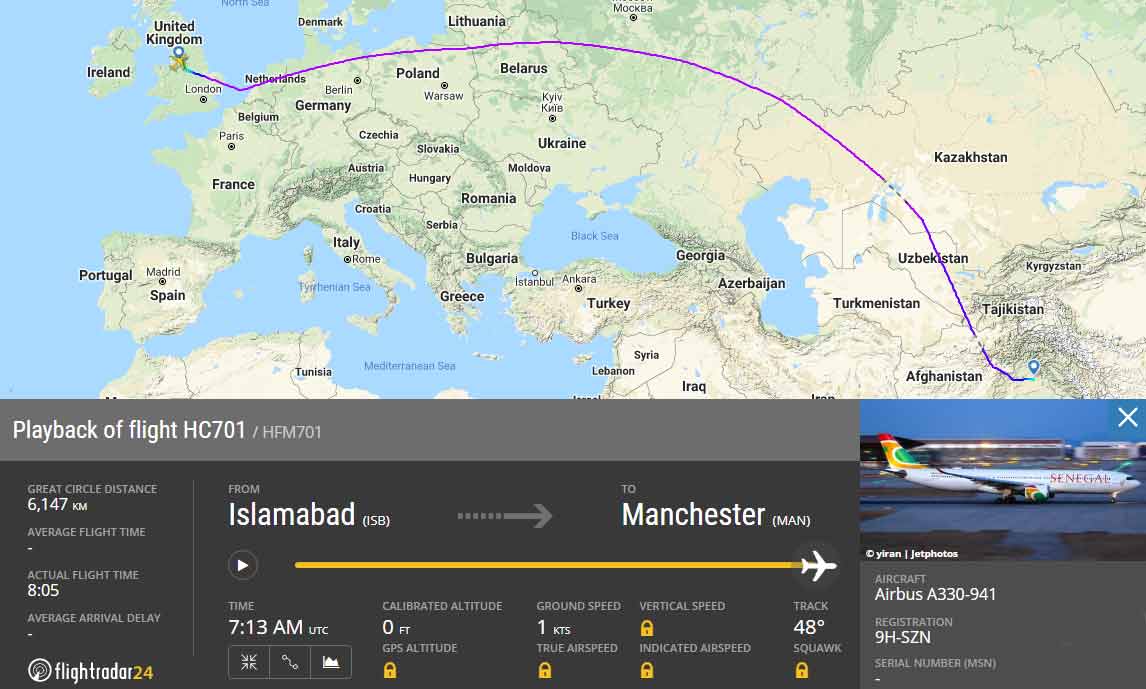 "I flew from ISB to MAN on 7th April 2021 on HFM-701. Aircraft was A-330neo reg number 9H-SZN in Air Senegal livery. My original booking was for 9th April which PIA changed to 7th in order to allow the passengers to enter UK before Pakistan is red listed.

Reached Islamabad airport at midnight. Very long queues to enter the airport as there were several flights leaving. 3 flights for MAN i.e. Virgin flight, my flight and an extra PIA flight. There was also extra PIA flight to LHR. The 2 extra flights were delayed to 6am due to "operational reasons".

All flights were completely full as people were trying to depart Pakistan before the Friday deadline. I hired a fast-track assistant who managed to get me checked in within 20 minutes. I had executive economy ticket so proceeded to the CIP lounge. The lounge was absolutely jam-packed with no available seats. Apparently several passengers had been upgraded to exec economy to accommodate more economy passengers on this flight.

Boarding was on time. Crew was Portuguese. Push back was at 0348 and take off at 0402 am. Flight lasted 8 hours 5 min. Business class layout was 1-2-1. Despite this the seats were less roomy and less comfortable than those on Hi Fly Airbus A330neo registration CS-TKY on which I flew to ISB 10 days ago. On CS-TKY the configuration was 2-2-2. IFE was good with a selection of around 35 movies. The seat became a fully flat bed which was great. A nice feature was the food tray which was retractable from the front seat and meant it could be pushed back even with food tray on it to enable pax leaving the seat rather than being trapped behind it.

First there was a refreshments and snacks service which I didn't take anything from as it was very early in the morning to eat. About 90 minutes before arrival into MAN we were served breakfast which interestingly had a hot and continental components. In hot menu there was either Western or desi menu. I got omelette, baked beans, vegetables and a kebab. My wife had paratha pieces, gajar halwa and alu bhujia. Quality of food was not as good as I have enjoyed in PIA business class a few years back.

Overall I thought that the business class in CS-TKY was more comfortable than 9H-SZN. Even though IFE only had 20 movies on CS-TKY." 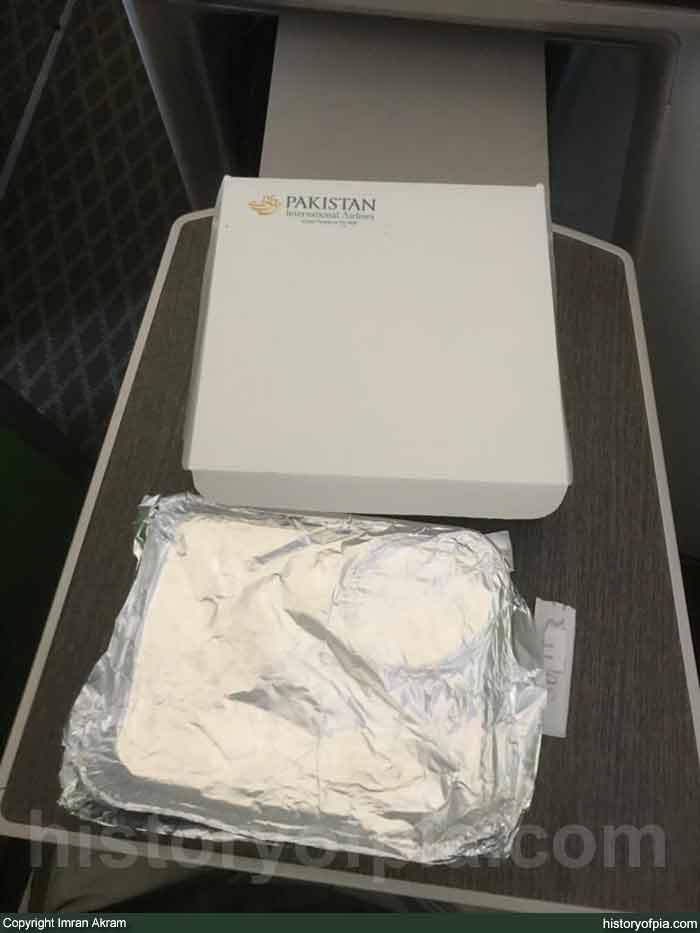 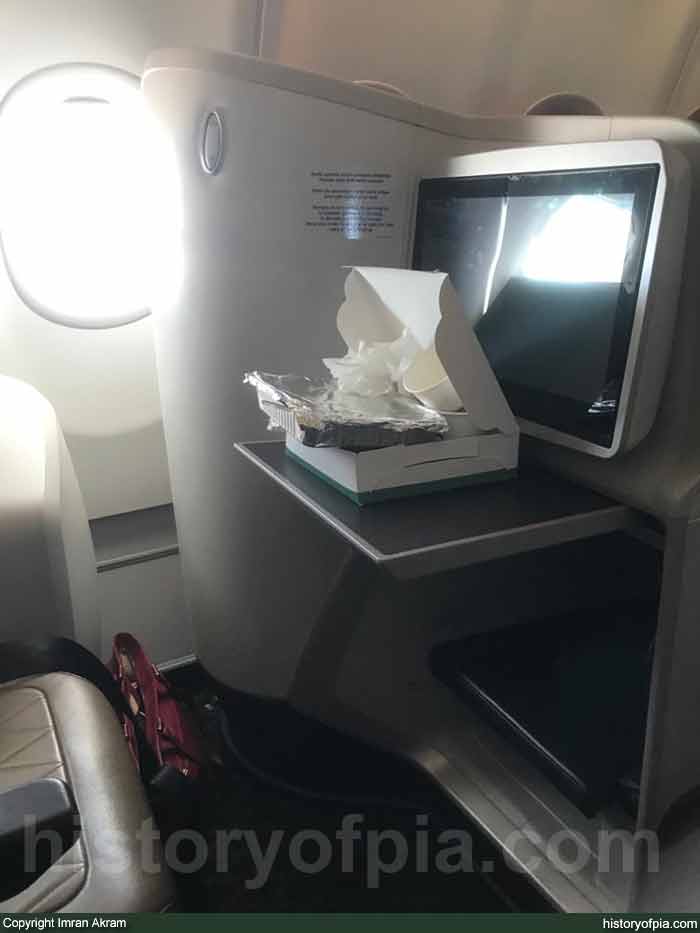 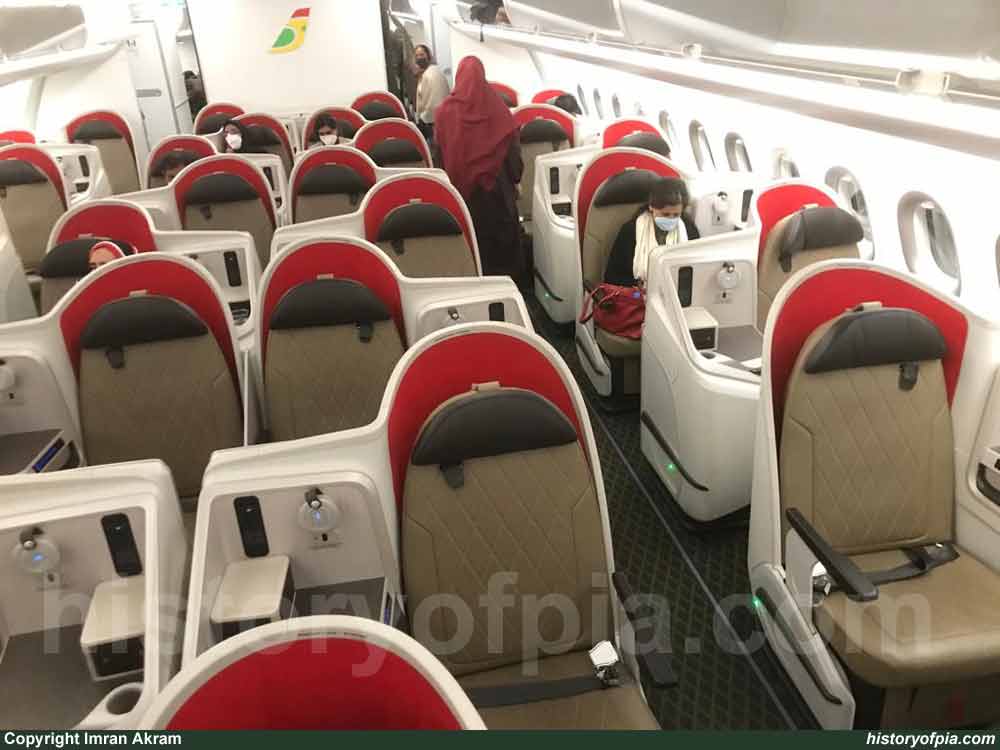 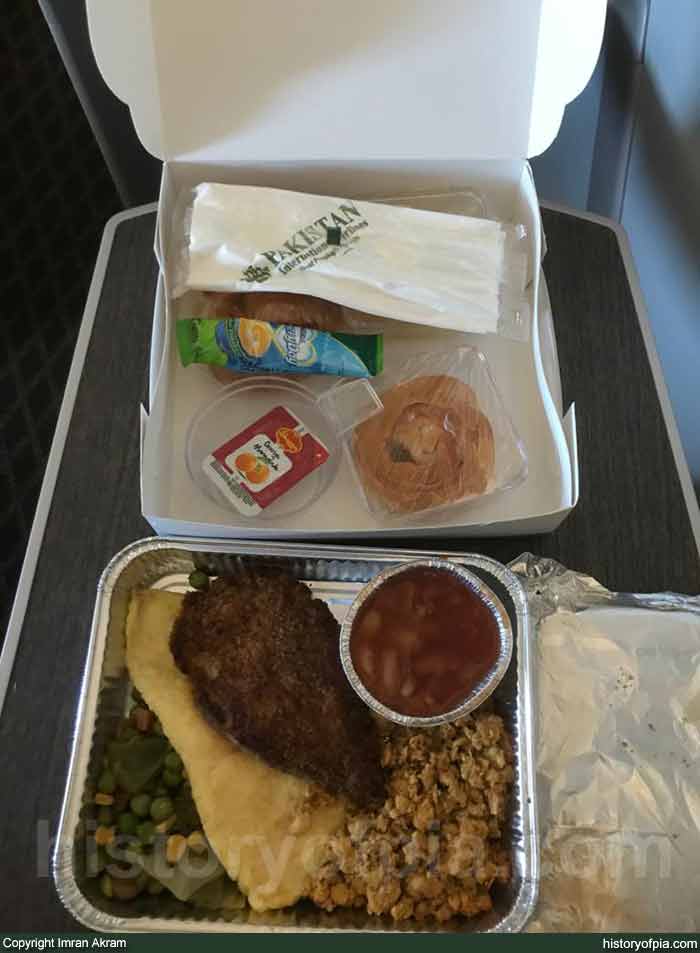 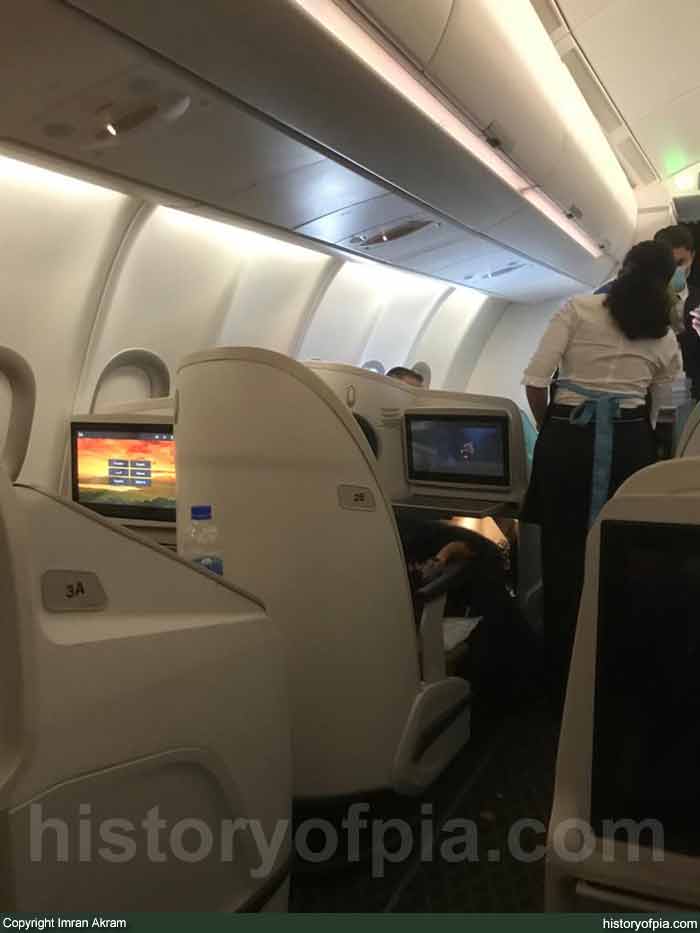 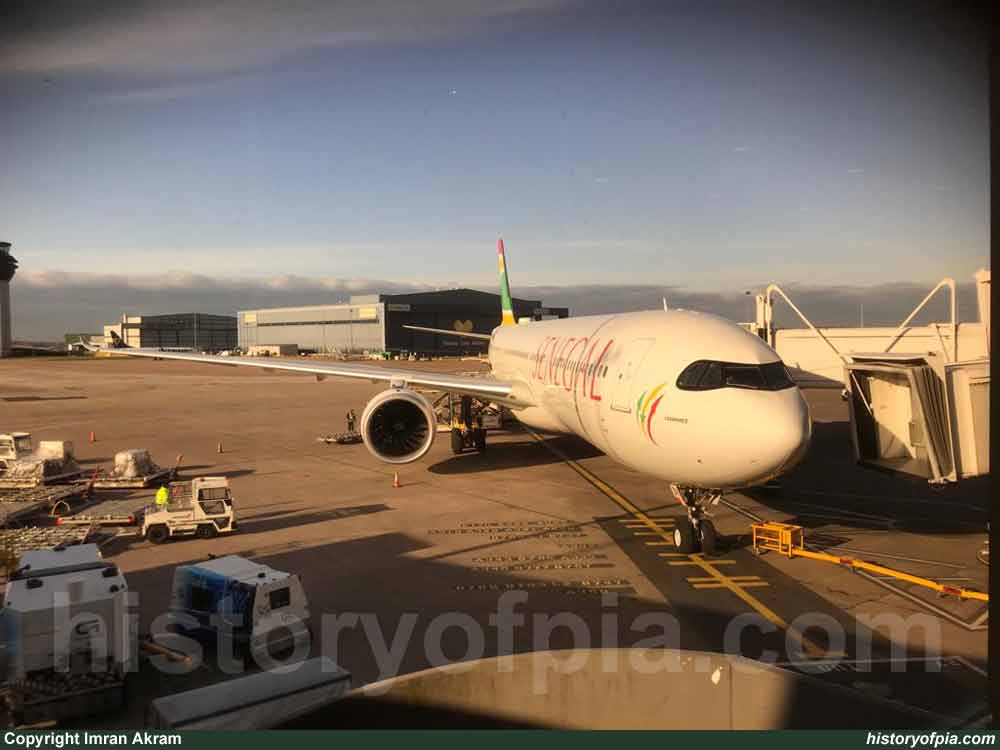 Thank you Imran for sharing!