Good luck with that. The german constitution bans extradition of its own citizens (except to eu countries, when certain conditions are met).
Top

Disappearance of a Plane is a Criminal Offence - NA Speaker

"He said PIA has sold engines worth over one million dollars". Engines from AP-BEQ?
Top

ISLAMABAD: The Pakistan International Airlines (PIA) Airbus A-310 sold off to a German museum through a shady deal by the airline’s former chief executive officer and procurement and logistics director has cost government exchequer Rs478 million.

The aircraft was discussed in parliamentary sessions and by standing committees and the Public Accounts Committee, which in its last meeting forwarded the case to the National Accountability Bureau.

Despite all efforts of these bodies, PIA management kept avoiding sharing the exact details of the deal, which included only a director and then-CEO Bernd Hildenbrand. Parliamentarians dubbed the deal in “gross violation” of rules and regulations of such sales.

According to a show-cause notice sent to then-procurement and logistics director Imran Akhtar Khan by the PIA management, he has been responsible for “misrepresenting the facts by presenting inconclusive information.”

According to the notice, the deal caused loss of Rs478, which was the written down value (WDV) of the aircraft as of November 2016 including its engines and four auxiliary power units.

The decision was taken after the government announced a new aviation policy under which any aircraft that was over 25 years old would be grounded after December 31, 2016. Interestingly, according to an aviation expert, PIA still has four A-310s grounded at Karachi airport and nobody is deciding on what to do with those aeroplanes.

The notice states that Khan was not to be involved in the negotiation, finalisation and signing of the charter agreement for the aircraft besides hiding the fact that it would be used by a production house for the shooting of the film ‘Entebbe’ in the United Kingdom and Malta.

The movie – which will be released in March – is based on the actual Operation Entebbe, an Israeli commando operation which occurred in Uganda in 1976, which was not mentioned in the agreement, and consideration for approval of the relevant official authorities was not carried out “before using [a plane belonging to] the national flag carrier for a pro-Israel movie.”

Currently, the aircraft is parked in a German museum, where even the latter has sought a parking fee from PIA, which is now in a fix over the situation because the rest of the payment has yet to be made.

Similarly, the notice states that despite the unusual agreement, the agreement clauses were not followed and about 50% of the amount was to be paid in advance and the rest at the time when the aircraft landed at the airport in Malta on November 25, 2016.

“However, the lump sum amount was received with a delay of 21 days after the issue was raised by media and Senator Mandviwalla in a standing committee on December 15, 2016,” it said.

The director was also found finalising the deal prior to application of required rules and regulations and even before floating tenders. “The tender was smaller than the required size and was issued by yourself, while normal tenders are issued by the director or general manager for shipping and disposal,” the show cause reads.

Interestingly, the aircraft has been parked at Leipzig Airport since December 5, 2016, and the payment was not to be received in cash but rather was to be settled on account of marketing and support expenses for a newly-planned flight route passing through the same airport to New York.

The ruckus over the deal is likely to end as the standing committee on PIA looking into the matter will not meet again before the Senate elections.

However, during its last meeting, the special committee observed that PIA has to update the Senate Secretariat on the matter, even after it the committee becomes dysfunctional, including the proceedings against the director and CEO.

According to German media reports, the Leipzig-Halle-Airport should have PIA approit. PIA hands over the Airbus for the parking fees. There should be no bid for the call for tenders.
Top 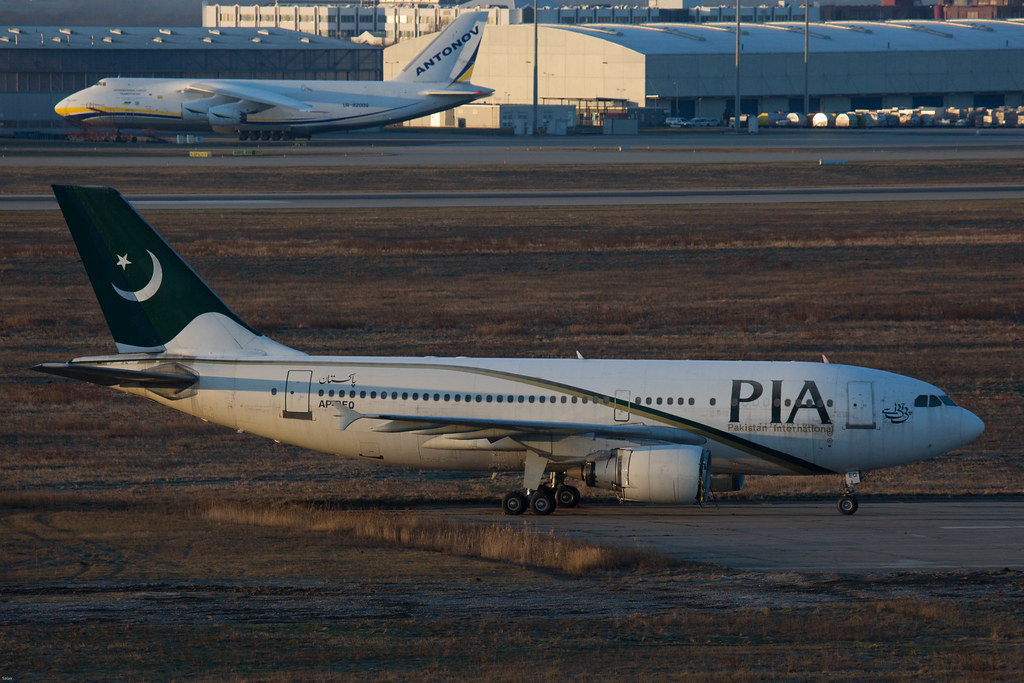 7 days in Entebbe starring AP-BEQ releasing on the 15th Once you have tasted flight, you will ever walk the earth with your eyes turned skyward - Leonardo Da Vinci
Top

The FIA’s Lahore office has been probing PIA officials for over one year and a half regarding two matters —the sale of PIA’s aircraft A-310 to Germany for peanuts (Euros 47,500) and acquisition of planes on Wet Lease at exuberant rates, allegedly causing a loss of around Rs3 billion to PIA.

Sources said the FIA sent two questionnaires to PIA Chairman Irfan Elahi on Friday (April 6), asking him to serve one of them to the former PIA Director Procurement and Logistics Department Air Commodore Imran Akhtar (retd) and the other to PIA Board of Directors (BoD) to get their responses about the allegations they have been facing. The FIA had earlier, through the Ministry of Interior, served a similar questionnaire to Imran Akhtar in September 2017 but it was not responded to.

Soon after the News broke that a PIA plane in flying condition has been sold to a German firm at even lower than its current Written Down Value (latest re-valued on December 31, 2015) of around $4,726,792 (Rs544.944 million at the current exchange rate) and even lower than the scrap value of around $603,416 (Rs69.69 million), the PIA Board had formed a two-member inquiry committee which found Imran Akhtar and Bernd guilty of the plane sale.

Bernd, a German national, left the country for a 15-day leave with the promise that he would return to Pakistan to face the charges against him, but he didn’t.

The PIA committee had also pointed out in its findings that though the A-310 aircraft had been handed over to the German company for Euro 47,500 (Rs6.7 million at current exchange rate), no payment was received in cash, rather it was to be settled through marketing and support expense whenever PIA designs a route to Leipzig where the aircraft is currently present. PIA does not operate any routes to Leipzig currently.

After the audit report was exclusively reported by The News, Air Cdre Imran Akhtar and his 13-men team were repatriated back to the PAF in April last year. All of them had joined PIA on deputation a couple of years back.

The FIA has asked Imran Akhtar, through the questionnaire, that in what capacity he had allowed a PIA plane for shooting in a pro-Israeli movie in Malta in 2016. The PIA had charged Euros 210,000 (Rs29.7 million) for 15 days.

The FIA has asked Imran to explain how he along with Bernd negotiated and finalized the alleged illegal deal of plane sale to Leipzig against a price of Euros 47,500 (Rs 6.7 million).

The FIA has also asked Imran Akhtar to explain as to why he sold the plane at a throw-away price when according to PIA’s own documents the Book Value of the plane was $3.5 million in January 2016. The FIA has also asked the former air commodore to explain why no amount could be received in cash and instead it was agreed upon that the amount would be settled in future engagements between PIA and Leipzig authorities regarding Karachi-Leipzig-New York route which was never in the plan of the PIA.

Talking to The News, FIA Director General Bashir Ahmed Memon confirmed that there are certain ‘procedural delays’ in the investigation against the PIA officials in question. To a question, the DG claimed that there was no pressure whatsoever on FIA while probing the brother of former spymaster, saying, “Probe against Imran Akhtar took a while as we have to write through different offices to reach him being a PAF official.”

Now he is a retired personnel and FIA would reach him soon for his response, Mr Memon said, adding if the accused avoids responding to FIA then law will take its own course. Talking to The News on Saturday Imran Akhtar claimed that FIA never approached him as yet to get his response. To a question, he claimed that National Accountability Bureau (NAB) has investigated the issue and he submitted his response to them. When asked would he respond to the FIA queries, the retired air commodore remarked, “I’m not answerable to the entire country.” 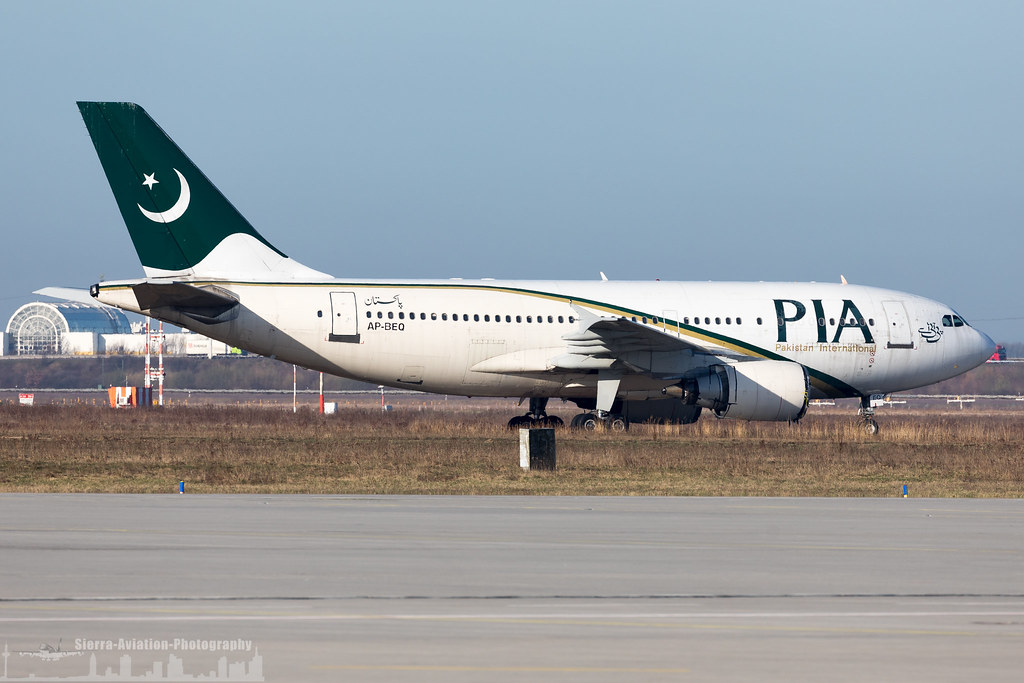 To all idiots who are claiming that PIA has lost 500 million rupees in the BEQ deal.

These old junk aircraft would have been scrapped and weighed and sold to dealers in Karachi.

PIA got money from the leasing the plane for 15 days for the movie.

Maybe instead of crying over the loss of a 24 year old A310 the senate should investigate the billions of rupees paid to Sri Lankan Airlines for the failed Premier service to serve the ego of Prime Minster Nura Butt.
P.I.A

Totally agree with above. Too much attention has been paid to sale of BEQ because it was a tangible asset. But the real damage to PIA has been the loot sale of traffic rights to Arab airlines. Sadly very few journalists understand commercial aviation and bilateral trade agreements.
Top

According to German media, the aircraft is not yet sold. The Leipzig-Halle-Airport is still negotiating with PIA.
Top
265 posts