Why would anyone in the private sector set up an airline in Pakistan???

Pakistan is a country where airline tickets are heavily taxed.

Pakistan is a country where the state owned airline PIA, has gotten hundreds of billions of state funding in the past 15 years.

Pakistan is a country where the second largest airline was allowed to fail because it needed 4 billion compared to 400 billion given to PIA.

Pakistan is a country where your four major hubs (Karachi, Lahore, Islamabad, Peshawar) and smaller hubs (Faisalabad, Multan Sialkot) are served by hundreds of flights a week by Middle Eastern airlines, offering cut throat fares, that carry out the bulk of the passengers to their stations and then on wards to other cities not really letting Pakistani airlines flourish.

Pakistan is a bad place to set up a private airline. Shaheen Air is an excellent example of how a an established airline of 20 years was allowed to fail.

This is why Pakistani airline do not grow, its because there are bottle necks and there is no profit.
P.I.A 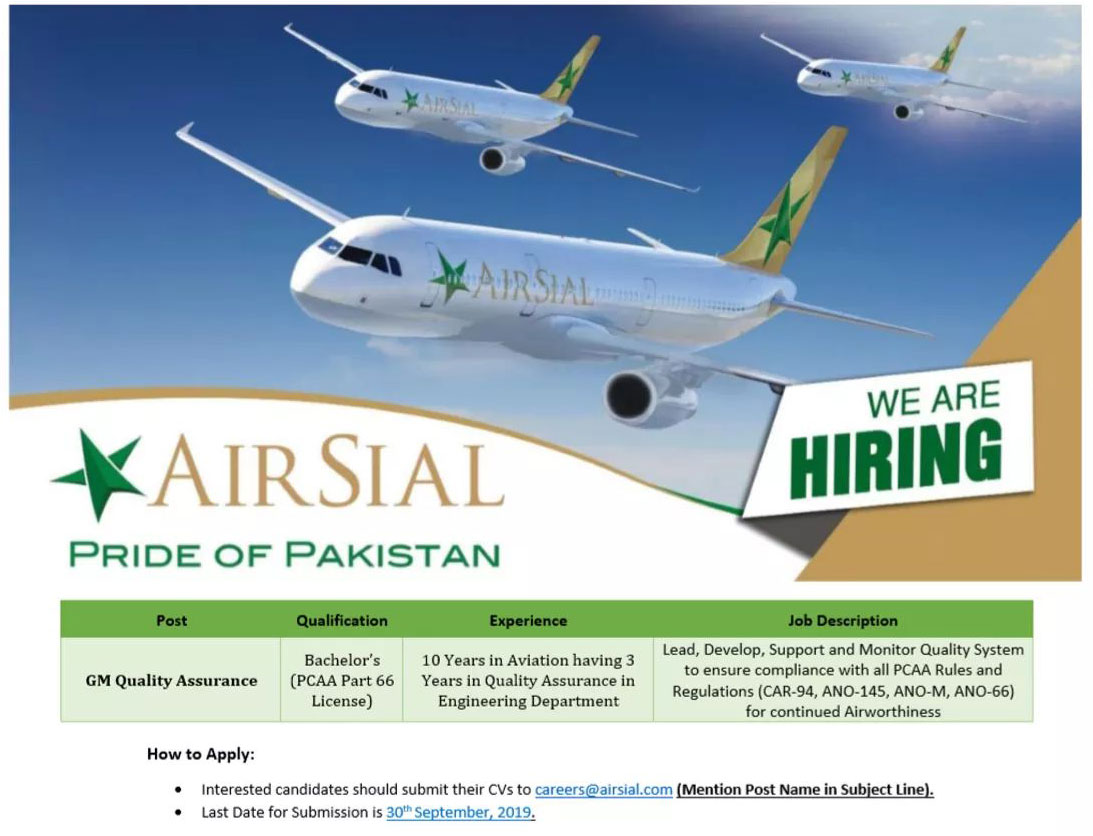 AirSial at Pakistan Travel Mart - 2019 held from October 8 to 10 at the Expo Centre Karachi.

Keep on listening to this Air Sial crap. Hell this is there 12 th year throwing this setting up an airline bullshit in the business community in Pakistan. Those who want to set up an airline should start acting and stop thinking and fooling people , a decade is long enough to think about.
Ten years ago washing money was easy and encouraged now new tax and money source declaration laws cut half the chances of washing of doo number paisa. An imaginary airline which is nor even on papers.
Airplane is flown with brain not with stick and rudder.
Top

Any idea about the AerCap / Air Sial agreement?

AerCap Signs Lease Agreement with AirSial for 3 Airbus A320 Aircraft

DUBLIN - AerCap Holdings N.V. (“AerCap”) (NYSE:AER) today announced it has signed an agreement with AirSial Limited, a privately-owned Pakistani startup airline, for the lease of three used Airbus A320 aircraft. The aircraft are scheduled to deliver in the second quarter of 2020 and will be the first aircraft to be delivered to the airline. 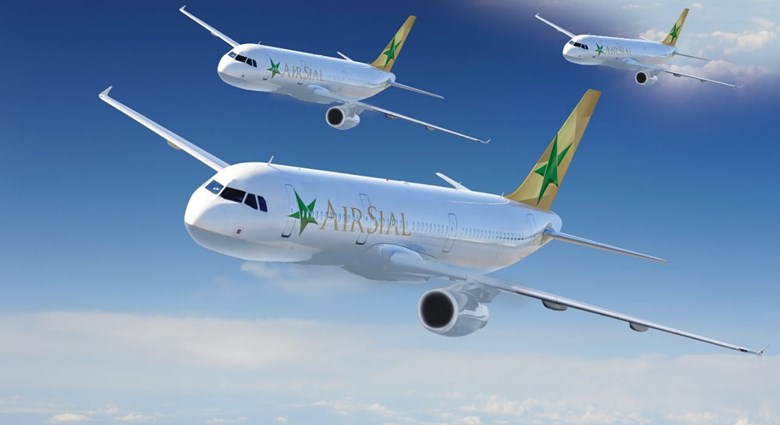 Aengus Kelly, CEO of AerCap, said, “For more than a decade, AerCap has been the biggest aircraft lessor in the fast growing Pakistani aviation sector and we are very pleased to support a new startup airline, AirSial. With the rapid growth in air traffic in Pakistan as well as air liberalization, AirSial is well positioned to take advantage of this opportunity. We wish AirSial every success with their new venture and we look forward to working with the AirSial team as these aircraft deliver.”

Mr Fazal Jilani, Chairman of AirSial Limited, said, “I would like to congratulate and thank AerCap on this auspicious occasion for not only recognizing the potential of the Pakistan aviation market but also showing their firm belief in the Sialkot business community. We at AirSial, along with AerCap, will take our new partnership to the highest of standards and together make AirSial ‘The Pride of Pakistan’.”

I think AP-BLH and AP-BLI are owned by AerCap.
Top

I think all those birds are too aged to join Sial or any Pakistani carrier. I remember even the time when Shaheen was alive I calculated most of their A320s were exceeding 15years of age.
Connecting Businesses through Travels
Top

The meeting decided not to confiscate ten percent of Air Sial security deposit and gave a relaxation of one year to the airline.

Licence was issued to the Air Sial in year 2017. The airline was unable to fulfill licence conditions in two years due to which ten percent of security deposit of the airline had to be confiscated. Cabinet has given waiver for one year to the airline to encourage and secure private sector investment.

The airline's licence has been renewed.

Air Sial expected to start flight operations by the end of April this year with three leased Airbus A320 aircraft initially on domestic routes, according to Aviation Minister Ghulam Sarwar Khan.

AirSial given another chance to fly

ISLAMABAD: The federal cabinet has waived off non-conformance charges that were levied on Air Sial –a Sialkot-based airline– after it failed to acquire the Air Operation Certificate (AOC) within the stipulated time of two years and gave a go-ahead to the newly-launched airline to start operations.

The approval was given in a cabinet meeting that was held last Tuesday after it was requested by the Aviation Division.

According to documents, under para 4.3.1 of the National Aviation Policy (NAP) 2019,” If an operator (RPT/Non-RPT) fails to obtain AOC within a maximum of two years’ time-frame from the date of issuance of its respective licence, then a 10 per cent of the total security deposit will be levied as non-conformance charge. The deposit will be refunded and the company will have to apply again for the new licence again.

However, the Aviation Division through a summary dated January 6, 2020, sought from the federal cabinet to grant approval for relaxation in policy for not forfeiting the security deposit of the Air Sial, which was subsequently approved.

The Aviation Division had informed the cabinet that the Civil Aviation Authority (CAA) has forwarded the request of M/s Air Sial for renewal of its Regular Public Transport (RPT) License with effect from September 5, 2019. It was further informed that Air Sial was issued an RPT License in 2017, but the company could not obtain the AOC within two years.

As per the documents, the CAA provided details of efforts made by the company to complete regulatory requirements and obtain aircraft by finalising Letter of Intent (LoI) with M/s AerCap based in Ireland. The company has also affixed a copy of the confirmation letter for the lease of three Airbus A320 aircraft and expected deliveries by May 2020.

The company paid Rs2.2 billion in the paid up capital against the requirement of Rs 300m and wanted to increase it to Rs 2.8bn in the near future, it added.

The airline has employed 46 people so far and the recruitment of 654 employees was in process, the Aviation Division said, adding that the board of directors belonged to the Sialkot business community.

A spokesman of Civil Aviation Authority (CAA) while talking to Pakistan Today said that Air Sial had deposited Rs 100m in security deposit to obtain the RPT License for the commencement of flight operations.

ISLAMABAD: The government has given second-time relaxation in its policy by not seizing the security deposit of AirSial, which is expected to receive aircraft this year for launching flight operations.

The airline was awarded a licence for flight operations during the tenure of the previous Pakistan Muslim League-Nawaz (PML-N) government but it failed to comply with the conditions for obtaining the Air Operator Certificate before launching flights.

Officials of the Aviation Division revealed that the Civil Aviation Authority (CAA) had forwarded AirSial’s request for the renewal of its Regular Public Transport (RPT) licence with effect from September 5, 2019.

According to the officials, AirSial was issued the RPT licence in 2017, however, the company could not obtain the Air Operator Certificate for the commencement of flight operations within the stipulated time period of two years.

Under paragraph 4.3.1 of the National Aviation Policy (NAP) 2019, “if an operator including the Regular Public Transport or non-Regular Public Transport fails to obtain Air Operator Certificate within a maximum of two years’ time frame from the date of issuance of respective licence, then 10% of the total security deposit will be levied as non-conformance charge. Subsequently, a fresh licence has to be applied while its remaining security deposit shall be refunded.”

Officials said the CAA had provided the cabinet with the details of efforts made by the airline to meet regulatory requirements and acquire aircraft by finalising a Letter of Intent (LOI) with AerCap.

The air carrier has also provided a copy of confirmation letter from AerCap Ireland Limited for the lease of three Airbus A320 aircraft with delivery expected in April and May 2020.

Its board of directors comprises members of the Sialkot business community. At present, the airline has 46 employees while recruitment of 654 more people is under way.

Previously in January 2019, the federal cabinet had given a one-off relaxation in the then National Aviation Policy (NAP) 2015 by not seizing the security deposit of AirSial and renewing the licence for one year.

Any subsequent relaxation in the policy is the prerogative of the federal government.

The Aviation Division had sought approval of the government for waiving 10% of the non-conformance charge on AirSial for not acquiring the Air Operator Certificate within the allowed time frame and for processing the RPT licence renewal in light of delegation of powers approved by the federal government.

The cabinet considered the summary titled “Approval of the cabinet for relaxation in policy for not forfeiting the security deposit of AirSial”, submitted by the Aviation Division, and approved the proposal.